More data is available than any point in history and often a simple graph can go a long way in presenting complex relationships between data elements. Stata offers an impressive set of options to create graphs. In the following post, we look at three features in graphics. The first one is the new transparency feature in Stata 15. The second and third are user created commands.

Stata 15 introduces a new feature that allows the user to make Stata graph’s elements to be transparent rather than just opaque. Using the city_data file let us draw a simple scatter plot that shows the relationship between the share of jail being full and the adult unemployment rate across 75 cities (Note: the data is fictitious and was created for illustrative purposes only). 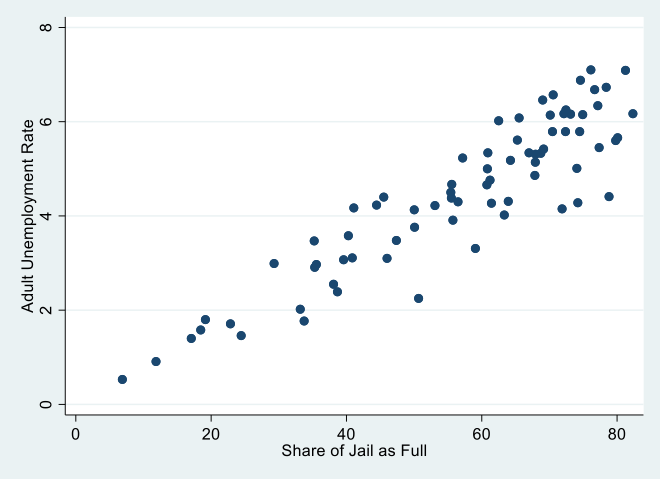 The above graph shows the dot as dark. We now add the option ,mcolor(%60) to show the new transparency feature. 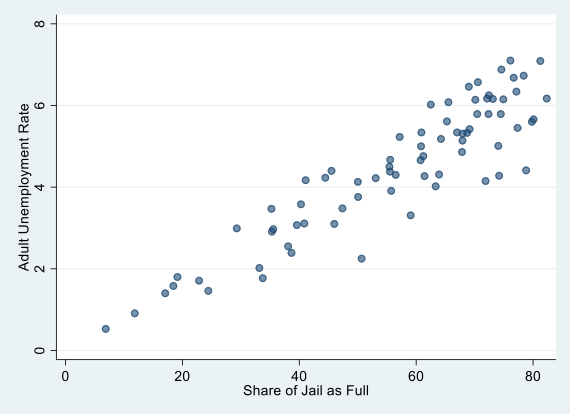 We can change the colors and how transparent are the dots. Let us try: ,mcolor(%20) to show the new transparency feature.
twoway (scatter adult_unemployment_rate jail_use, mcolor(%20)) 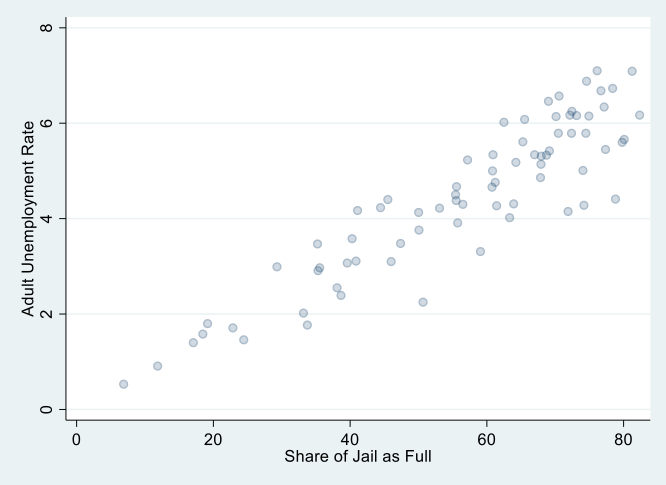 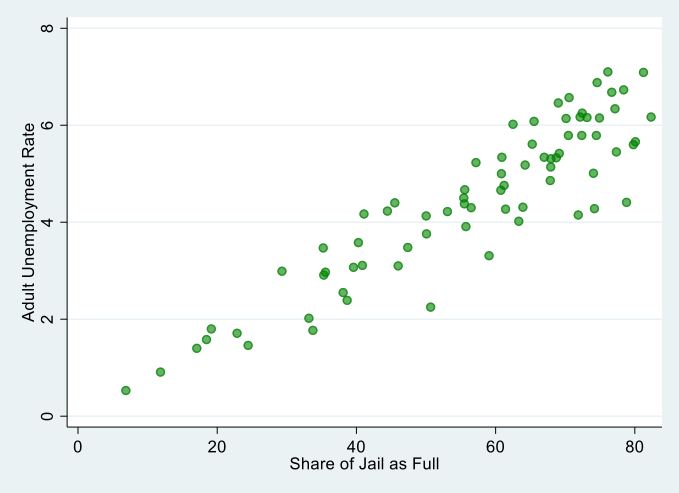 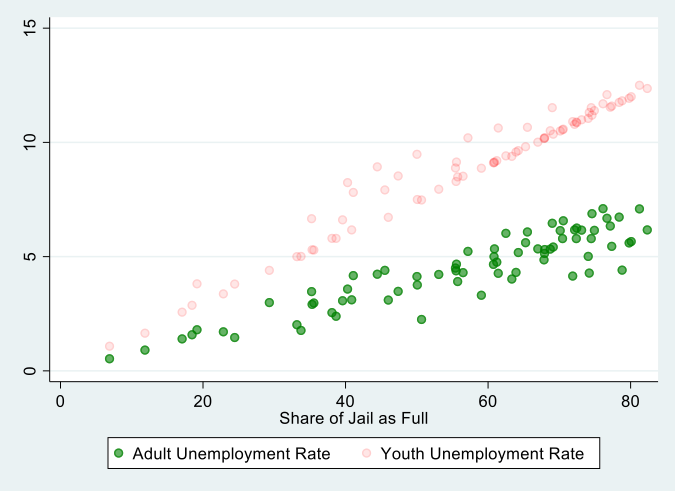 First of all we need to install this new scheme into Stata; type the following:
ssc install blindschemes

Now let us run the same command and add the option ,scheme(plotting) 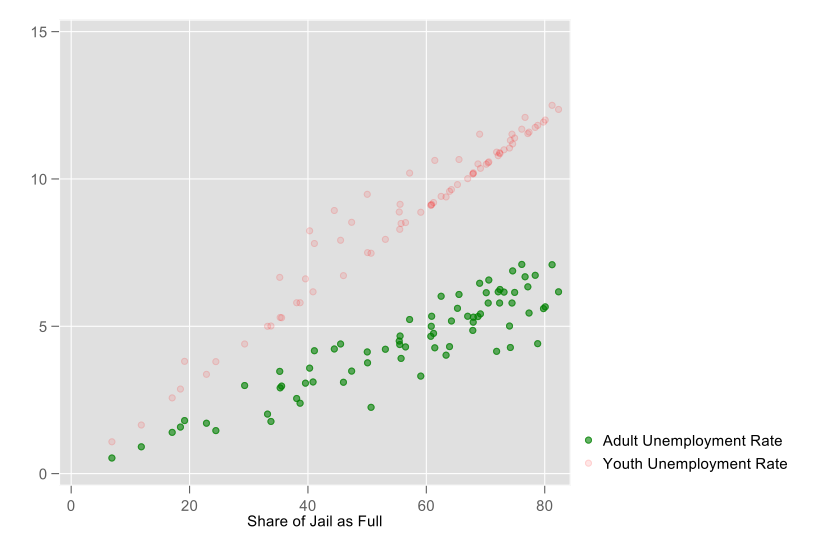 This gives us a completely different look using the same command but under a different scheme.

This command presents coefficients from regressions in a graphic rather than as numbers in a table. This type of coefficient presentation is gaining interest among researchers and is often easier to show during presentations.

First of all we need to install the command into Stata: type the following:

Open the data file coefplot. The data set includes demographics and an outcome variable that is whether a person is working full time or part time. We want to look at the relationship between level of street violence (crime) to the likelihood of working. We estimate the following two equations (after defining global macros to capture the names of the variables):

After the first regression, we store the estimates in a variable called
first
estimates store first

Then we can plot the coefficients from both regressions in one graph using the below code:

The keep() allows us to choose which covariates we want to show on the graph; the coeflabels() allows us to label these covariates; the other options help us design the graph so feel free to experiment with these to build your own design.